Currently, thousands of people worldwide are engaged in Aikido. Originally created by one man - Morihei Ueshiba, aikido, in the process of spreading around the world, was divided into several styles. At the head of each of the style, of course, were students of the Founder, who took over from him Aikido, which was typical of Ueshiba in a given period of his life. Now you can meet many different styles of Aikido, some of which have little to do with what in fact O-Sensei taught. To assess a particular style people often use terms "hard style" or "soft style" to highlight the characteristics of their techniques that distinguish one Aikido style from another. Nevertheless, we can not say that this or that style is better or worse than the other: "Although there are many paths at the foot of the mountain, all those, who reach the top, see one moon".

It is second largest Aikido organization in terms of number of people involved. This school was founded by a disciple of O-Sensei Shioda Hodzo in the late forties. He explained his action: "Shortly before I left the Master, he said he was going to devote himself to a metaphysical research. That is why our concept is different from concepts of our younger colleagues (e.g. from Aikikai) ... I personally do not think that I have left the mainstream Aikido, because at that time there were nothing to leave! Founder explained the Aikido basis from the point of his religious beliefs, while, in my opinion, Aikido can be explained by itself ... My Aikido is clean from all superficial, it is the same as how O-Sensei taught me. ". Gozo Shioda

Yoshinkan style is close in spirit and methods of teaching to Aiki-jitsu Daito Ryu more than other styles. This is Aikido, Morihei Ueshiba taught before the war in his dojo "Kobukan." The focus is on practical techniques and physical training. Yoshinkan Aikido is taught in Japanese police and army. Unlike many other styles of Aikido, Yoshinkan has friendly relations with the Aikikai. During the life of O Sensei Gozo Shioda often visited Aikikai demonstrations and Aikikai instructors were always invited to Yoshinkan school demonstrations.

Another important aspect of Yoshinkan Aikido - is well-defined methods of teaching Aikido, which allows anyone who wants to learn with proper perseverance learn complex techniques. Currently, the head of Yoshinkan Hombu Dojo is Kancho Yasuhisa Shioda.

Aikikai - the common name of the style, now led by the grandson of Morihei Ueshiba - Moriteru Ueshiba, who became the third "Doshu" (Leader of the Way), after his grandfather and father - Kissemaru. Aikikai Hombu Dojo Dojo is a direct continuation of O Sensei "Kobukan", although its teaching methods are totally different from those that were used in the "diabolical dojo" of Morihei Ueshiba. Aikikai is the largest of aikido organizations and has thousands of schools both in Japan and abroad. Many consider this the dominant style of Aikido, although teaching methods and techniques inside the Aikikai differ depending on the specific instructor and dojo. 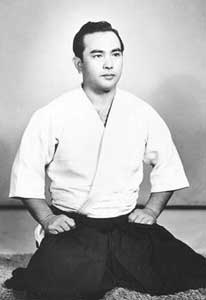 This style was created by Koichi Tohei in 1974, after his quit from the Aikikai, where he was chief instructor. Later Tohei wrote: "The majority of the Aikikai forgot about the development of Ki. When 0-Sensei taught, he always spoke of Ki, and all thought of Ki. But after his death, people not only were unable to understand the Ki, but even ceased to use this word. Techniques were executed incorrectly, and as a result, if students were against the physically stronger opponent they could not deal with it. If things are left in this state, Ueshiba Aikido teachings become a simple exercise ". So Tohei paid much attention to the development of Ki energy. But his teaching methods were met by protests from other Aikikai instructors, so in 1971, Tohei founded independent organization from the Aikikai Hombu Dojo - Ki Ale Kenkyukay, and in 1974 founded the "Shinshin Toytsu Aikido ", which means" Aikido coordination of mind and body. " This is one of the most soft styles that currently exist. Techniques are made by smooth and flowing movements with jumps and sudden stops. In Shin-Shin they pay special attention to Ki-development excercises - training aimed exclusively at developing the inner Ki energy. Koichi Tohei is the author of numerous books on Aikido and questions of Ki development. Ki-Aikido federation is third largest in Japan, and has hundreds of schools around the world.

The style of aikido, invented by Kenji Tomiki - a professor of physical education at Waseda University. Kenji Tomiki was one of the first students of Morihei Ueshiba and began his training in 1926. Also Tomiki Sensei was Jigoro Kano’s student. His the impact on Tomiki Sensei is reflected in the techniques and principles of Tomiki - Ryu. Since the early fifties while teaching judo at Waseda University, Tomiki Sensei has introduced a training program and practicing excercises at a distance "Rikak Taisho." In fact it was the Aikido techniques. As Yoshinkan, Tomiki Ryu is distinguished by well-defined training system for students. Besides, in order to grasp students’ progress and to give them the opportunity to gain experience of real battles, Kenji Tomiki has developed competition system. The early form of competition "Tosyu Randori" was very similar to Judo sparring, where opponents attack and defend, trying to make the appropriate techniques on each other. Currently competition often takes the form of "Tanto Randori" when one of the opponents must attack the second with knife, and he attempts to apply the Aikido techniques, while avoiding attacks, then the two switch roles. Points are awarded for successful attack with a knife and for applied techniques. Another form of events in Tomiki -Ryu – kata performing. Despite the fact that many schools of Aikido have negative attitude to the competitions, considering them violating Aikido spirit. However, Tomiki Ryu is part of the curriculum in many colleges and universities in Japan, and its popularity around the world continues to grow. 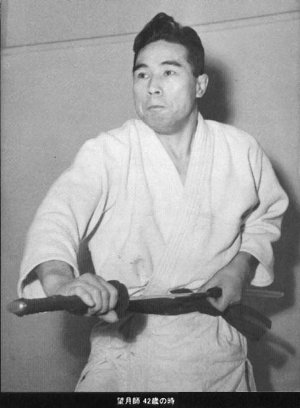 Mochidzuki Minoru - founder of this Aikido style, was one of the first students of Morihei Ueshiba. However, Jigoro Kano remained his main teacher. He wished to preserve the traditional martial arts of Japan and instructed Minoru Mochidzuki to study various martial arts in order to include them in the curriculum in his own Dojo "Kodokan". Besides Ueshiba Aiki-Jitsu and Kano’s judo Minoru Sensei studied Katori Shinto Ryu under Yadzaemon Hayashy, kendo under Shindo Hakudo Nakayama and jujutsu under the Takadzi Simidzu. With the diverse background of its founder, this style includes comprehensive technical training program with elements of Aiki-Budo Judo, Karate and other martial arts. Although there are not much Eseikan Dojos in Japan, there are many followers of this style in Europe, especially in France, due to efforts of his Mochidzuki’s son - Hyroo. Also there are scattered Eseykan Aikido schools in the United States and Canada.

Formally Iwama Ryu is part of the Aikikai, but has many differences in techniques and teaching methods. Its head is Morihiro Saito. Saito Sensei was Ueshiba’s uchideshi since 1946 and until his death. It is believed that he stayed longest time directly with O-Sensei. According Morihiro Saito, he wants to keep and pass that aikido, which he was taught by O-Sensei in his dojo in Iwama in 50-s. Iwama Ryu has more diverse set of techniques than other Aikido styles, much attention is paid to work with weapons.

This name for his martial art was given by Ueshiba Morihei himself and that way it was known in the beginning. Almost all early students of O Sensei studied this style which had a lot in common with Daito Ryu Aiki-jitsu. This area is considered the most stringent of all Aikido styles.